Many fierce battles took place between the invasion of the Allied Forces on 6 June 1944 on the Normandy Beaches and the German surrender on 7 May 1945 in Reims.  D-Day was just the beginning of the end World War II, and many soldiers and civilians died in the months that followed. Although the German forces were slowly pushed back from occupied territories, one counteroffensive was especially difficult to hold back. In an attempt to again control the Antwerp harbour, the German army started a military operation straight through the Belgian Ardennes, which became known as the Battle of the Bulge. The city of Bastogne formed a crucial stepping stone to reach Antwerp. But here they met with the American 101st Airborne Division, who were dropped near St Mère Eglise near the Utah Beach sector in Normandy 6,5 months earlier. During the extremely cold Christmas of 1944 and the weeks that followed, many of them were dug in to “foxholes” in the Bois Jacques at just a few kilometres from Bastogne. The heroic story of this division has been told in the acclaimed TV-Series Band of Brothers by Tom Hanks and Steven Spielberg. This day trip is dedicated to those that fell in Bastogne to defend Europe’s freedom.

UPDATE: Meet Martin King, historian, author and Emmy Award winner for the deeply moving documentary Searching For Augusta, about a nurse who helped the wounded American soldiers during the winter of 1944-45, will be our guide for this trip! On top of that, he arranged entry for us in the Army Barracks.

Expat Club is known for welcoming a wide variety of international people on its trips. This creates a special, open-minded, safe and friendly environment in which everyone should feel comfortable. You do not have to be a member even, and of course Belgians are more the invited too to join us. We always welcome many solo travellers, couples, retirees, small groups of friends and on this trip certainly also children (12 – 18 years old).

Expat Club loves welcoming the youngest expats. If you want to bring your child(ren) up until 18 years, please first add the regular adult ticket(s) to the cart and then go to the cart page. On the cart page, there is a child ticket available for €40. If required, you can change the quantity on the cart page. Due to the nature of this specific event we advise a minimum age of 12 years old, but leave it up to the parents.

This antique map of Delft clearly shows the canal structures, a bit similar to Amsterdam.
We start our day with a visit to the Royal Delft factory. Here they produce the world-famous Delft Blue porcelain. It is the only porcelain maker that is allowed to use the predicate "Royal" in its name. | © Rijksdienst voor Cultureel Erfgoed
Delft Blue comes in many shapes.
The "Visbrug" (Fish Bridge) in the heart of the city | by Michiel1972 (own work), via Wikimedia Commons
Some canals are not very wide.
Along the many canals you can see many typical canal houses.
One of our first stops is the Prinsenhof, where William of Orange was murdered in 1984.
The Prinsenhof
The Delft City Hall on the main market square.
The Nieuwe Kerk in Delft
The East Gate
The famous picture "The Milkmaid" by Johannes Vermeer.
Statue of Hugo Grotius, considered one of the founding fathers of international law | by Steven Lek (own work), via Wikimedia Commons
The Delft Technical University is one of the world's leading engineering schools. | by Natubes (own work), via Wikimedia Commons
Delft Army museum | by M. Minderhoud (own work), Wikimedia Commons

As with all Expat Clup trips, our program for today is carefully designed with realistic driving times. There will be enough time to visit all destinations, but since we stop in various places in the afternoon your kind cooperation is much needed to stay on schedule. The past three Bastogne trips all worked out really well and surely this edition will also be a success. Be aware that the below departure times are the latest departure times. Meeting time for Schuman is 15 minutes before and we strive for an earlier departure.

We start our day in the Bastogne War Museum. This is an excellent museum that was opened in 2014 (see a reviewed by Cheeseweb) and has the same five-point American star shape as the Mardasson Memorial that is located close to the museum. The museum itself tells the story of the Second World War, but is in particular focused on the Battle of the Bulge and what happened in and around Bastogne in the winter of 1944-1945.

Upon arrival everybody receives an audioguide (English, French, Dutch or German), after which you explore the museum on your own or in small groups (it’s not set up for guided tours). We stay here for several hours, so you have enough time to visit the entire museum and to have lunch in the museum restaurant. 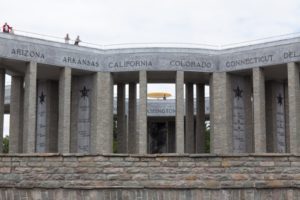 For the afternoon, we arranged an expert guide to show us around the Bastogne region. We shall stop at several important memorial sites, get off the bus while our guide tells us the stories behind each particular spot. We begin at the Mardasson Memorial next to the museum, after which we get on the bus to stop in Noville where the SS killed several civilians a few days before Christmas 1944. We may stop in Schumannseck just over the Luxembourg border, and at the German Cemetery in Recogne. And of course we spend time in the infamous Bois Jacques forest where the 101st Airborne Division were dug in for weeks during this bitter winter.

Our guide for the day
Martin King is a British Military Historian/Lecturer who’s had the honour of reintroducing many US, British and German veterans to the WWII battlefields where they fought. He lives in Belgium near Antwerp where he spends his time writing, lecturing, working with veteran organisations and visiting European battlefields. He is a British citizen who has been resident in Belgium since 1981. Previous to that he attended Wakefield Technical and Arts College and followed a course in Teacher Training and European History. In 1981 he decided to continue his academic career firstly with a teacher training course at the famous Berlitz Language School, and secondly with a degree course in European History at the ULB University in Brussels, where he also began studying military history. In 2000 he was offered a position at Antwerp University.

This Emmy-award winning documentary-film tells the real story of Augusta Chiwy, a young black woman born in the Congo who left her home in Louvain, Belgium on a journey that would affect the rest of her life. She was going home for Christmas to visit her family in Bastogne, a city that within a week would become the center of the largest land battle in US Army history: the Battle of the Bulge. Our guide Martin King will introduce the film and of course we play it in the bus. 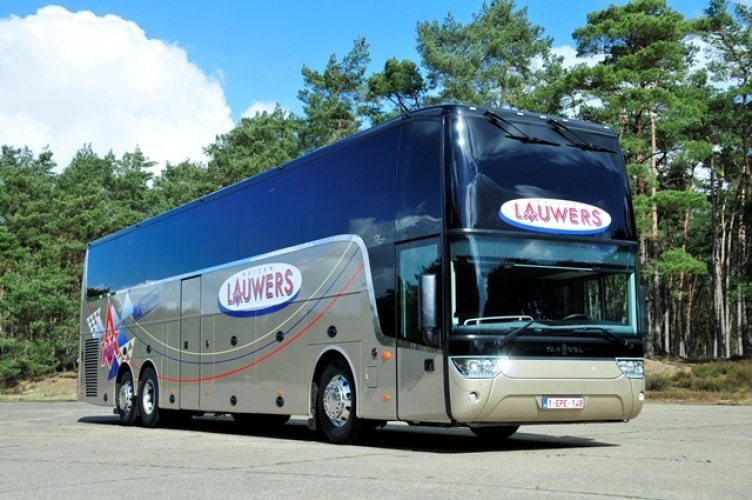 We travel by luxury 4* coach with comfortable reclining seats, extra leg space, DVD and flatscreen TVs, air-conditioning and an on-board toilet. Along the way you will receive a complementary bottle of water.

0 people are attending Battle of Bastogne

Social community, events & trips for expats in Brussels since 2013. We bring people together.

Please confirm you want to block this member.

You will no longer be able to:

Please note: This action will also remove this member from your connections and send a report to the site admin. Please allow a few minutes for this process to complete.

You have already reported this
Clear Clear All